Carlos Alfredo Jr. is a multifaceted bilingual artist from Oakland, California. He is of Ecuadorean and Mexican descent. Growing up alongside his sisters in his family owned Mexican Restaurant, Carlos learned the importance of family and garnered a life-long love for people.

At the age of 7, he was introduced to the music of Selena y los Dinos by his older sister Esther, which began his life long love for latin music. As a young teen he discovered a new passion, his guitar, practicing religiously into his late teens. It wasn't long before he began lending his talents to local bands. He played everything from Rock, Heavy Metal, and eventually Latin music in a band that taught him to play Cumbias, Rancheras, and Balladas, performing for the countless weddings and quinceañeras in his community. It was clear that Carlos was on a musical journey as he continued to nurture his musical abilities, eventually even taking his talents to the streets of Los Angeles where he learned the art of busking. Naturally, his love for music inspired him to write songs of his own, both in English and Spanish. As a singer-songwriter, Carlos taught himself to play other instruments including, Drums, Piano, Bass, and the Harmonica.

Carlos' love for the stage even led him to perform with the biggest Rock Band in Mexico, MANÁ, in front of 20,000 screaming fans at The Forum in Los Angeles. Not only did he get to live his childhood dream with his idols, but he was also gifted the Gibson Les Paul Guitar that was provided for him onstage. On Stage With MANÁ

Upon graduating high school, Carlos enrolled in a 3 year program at Ex'pression College for Digital Arts in Emeryville, CA where he obtained his degree in Animation and Visual Effects. Through his experience as an Animation student, Carlos was introduced to the thrilling world of acting. He decided that he'd follow his heart and explore this new-found passion for acting. He enrolled into The Meisner Technique Studio in San Francisco months after graduating, leaving his animation ambitions aside. At the studio he met some of the most important and influential people of his life, while gaining a deep respect for the craft of acting.

2016 was a very important year for him, since it was the year he finally made his move to Los Angeles to go after his acting career full force. Carlos did whatever he could to survive, working as a dishwasher and guitar teacher while continuing to audition and take acting classes. It wasn't long until he signed with his first commercial agent "DDO Artists Agency" and booked his first Voice Over commercial, which played during the Superbowl in the Spring of 2017. Hulu National TV Commercial

In 2018, he produced and starred in his own comedy series entitled Mutt and Chopps (2018), which was both nominated as a Finalist in the 2019 ARFF Barcelona Spain International Film Festival, as well as the Santa Monica Webfest in the summer of 2020.
Carlos eventually came full circle with his dream role, as a series regular in Selena: The Series on Netflix, where he portrayed Joe Ojeda, the original keyboardist of Selena y los Dinos, showcasing his musical abilities on the piano. He starred alongside Christian Serratos, Ricardo Chavira, and Gabriel Chavarria to name a few. The series premiered Dec. 4th 2020.

The future looks bright for Carlos, and he cannot be more excited on his journey to continue evolving as an artist.

'Reina De La Luna' is a song that is very special to me and was written with a lot of love and respect for Selena. I wrote it in October of 2020. We were filming Season 2 of Selena: The Series in Mexico, surrounded by EVERYTHING Selena. From the Wardrobe, to the Sets, to the Locations, the Music, Everything! During this time, because of Covid-19, the rules and guidelines were extremely strict and we had to spend a lot of time in isolation. So, a lot of time alone with my instruments.

One night, I had a dream. It was Selena. She said to me, "Hey Carlos, I have a song for you. I want you to show it to the world!" She then played it for me and It was the most beautiful song. I woke up, with tears in my eyes. I couldn't believe what I just experienced, and also, I couldn't remember the song. At all! I quickly ran downstairs to my Guitar and Piano and sat there for hours trying to remember anything I could. Selena had given me this gift to give to the world, and I was not going to stop. After hours of hammering away at my instruments, a simple melody started taking form on my keyboard. It was Selena's Melody! A few hours after that I had written 'Reina De La Luna.'

Fast forward. Months and months of writing, and re-writing, recording, refining, producing,.......lots of work, but I learned so much. In February of 2021, the song was finally complete. There it was. A song that was given to me by Selena, was now something that was a piece of my heart.

But I couldn't stop there! I decided that I wanted to make the ultimate tribute for her and create a Music Video to go along with the song. I was on a mission. I decided to take on the role of director. I hopped on a plane with my Camera Man, Mecky Creus, and my Executive Producer, Santiago Rosas, and we went all over Texas to pay our respects to the Queen. I contacted Chris Perez and Joe Ojeda and the rest is history.

Thank you Selena for being my guardian angel and for inspiring me! This song is for you! I love and Miss you! 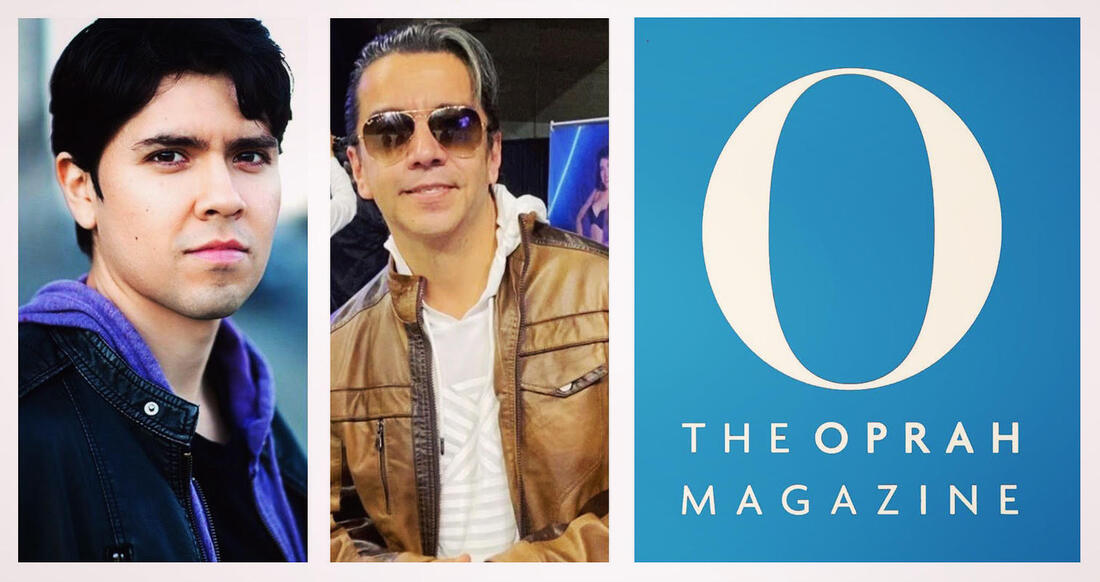 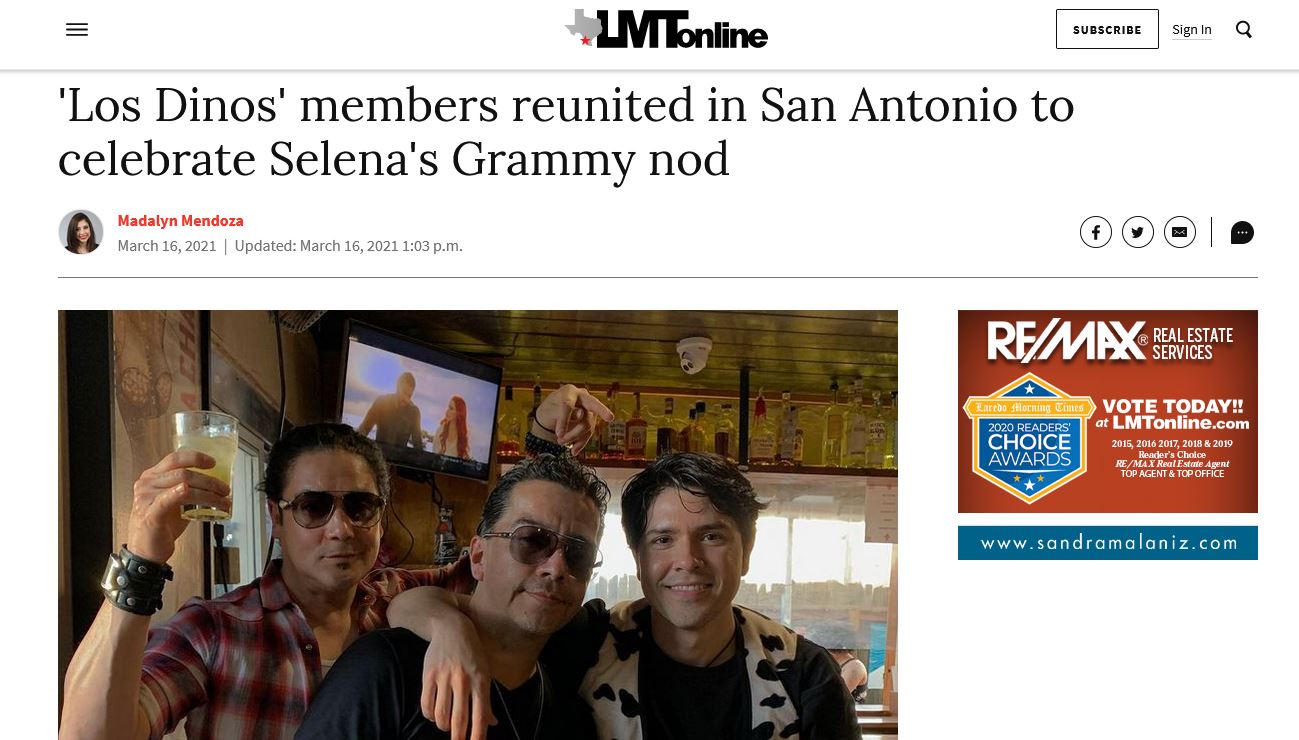 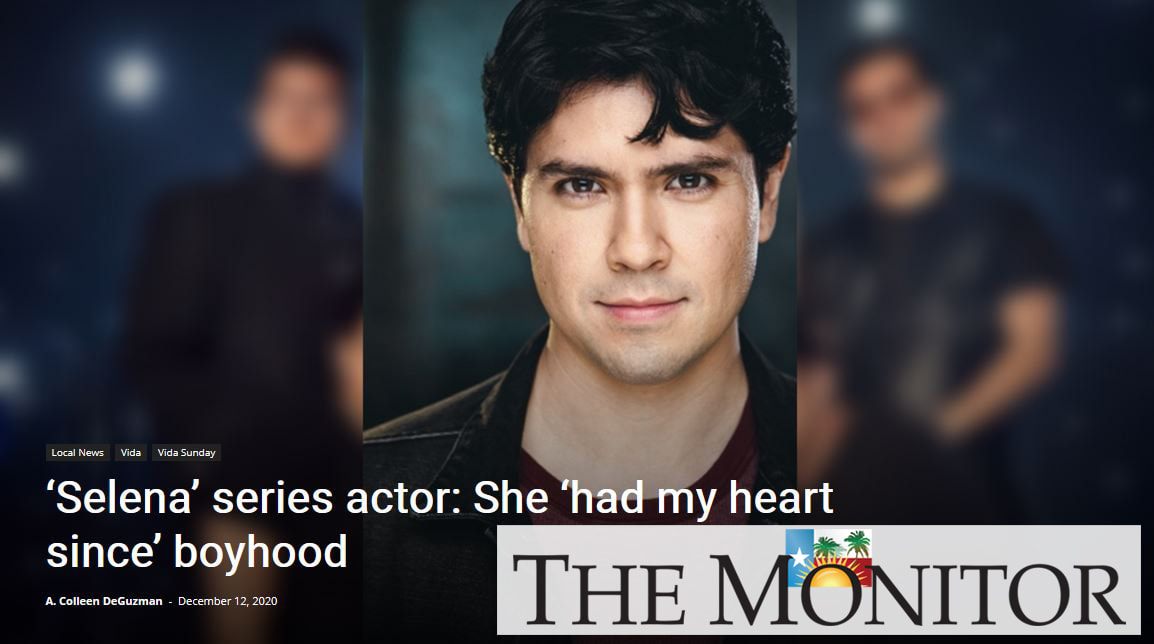 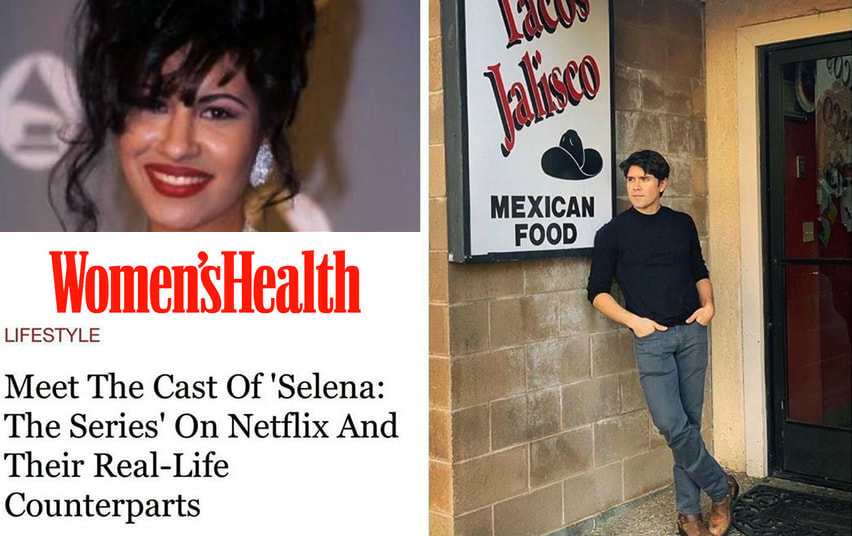 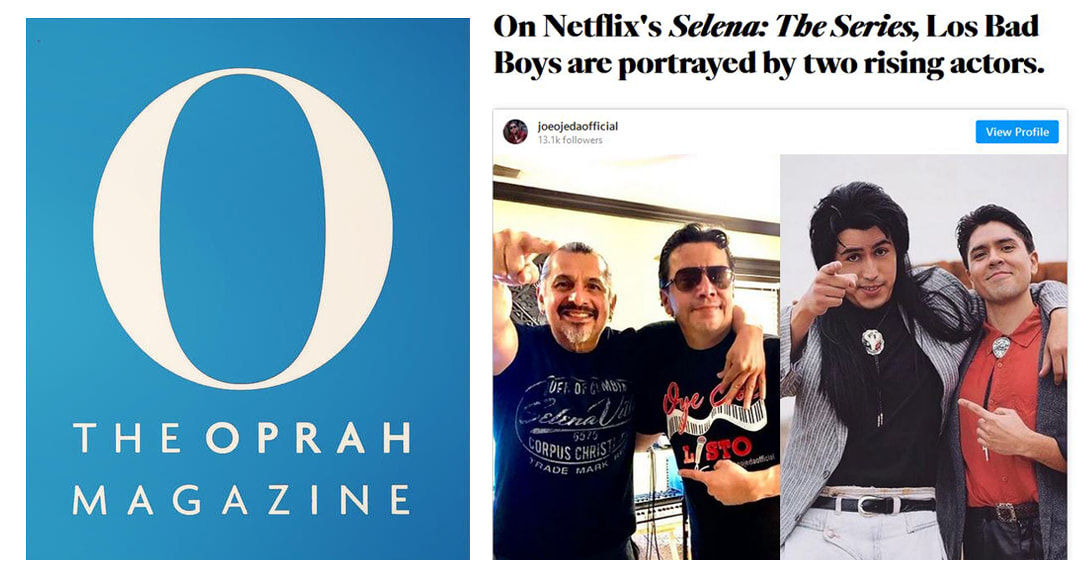 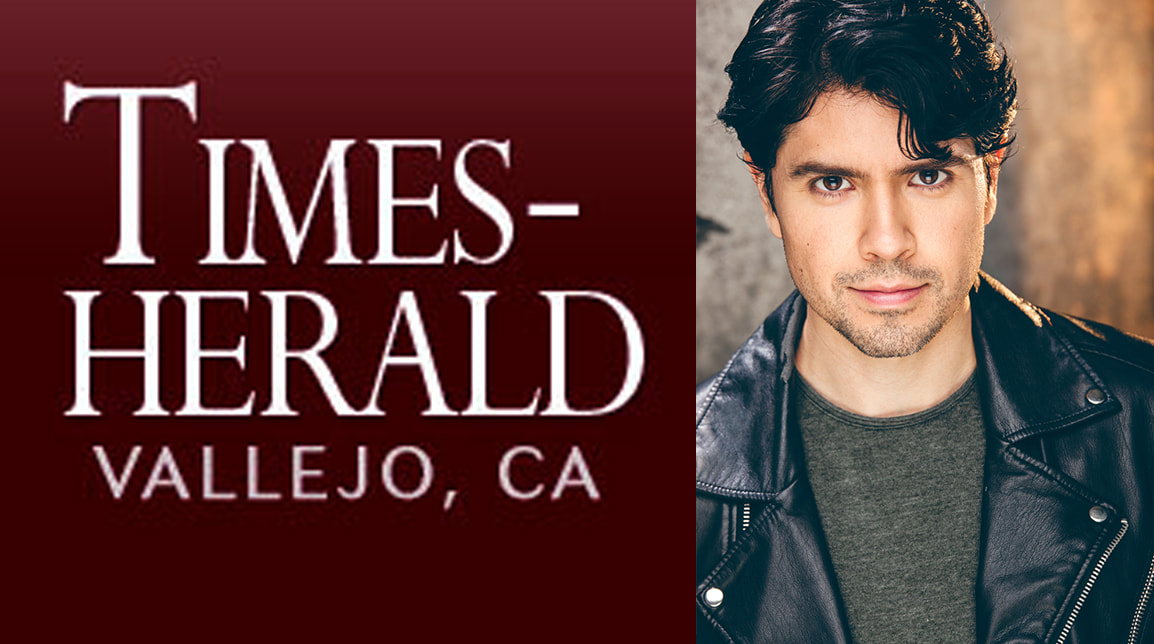 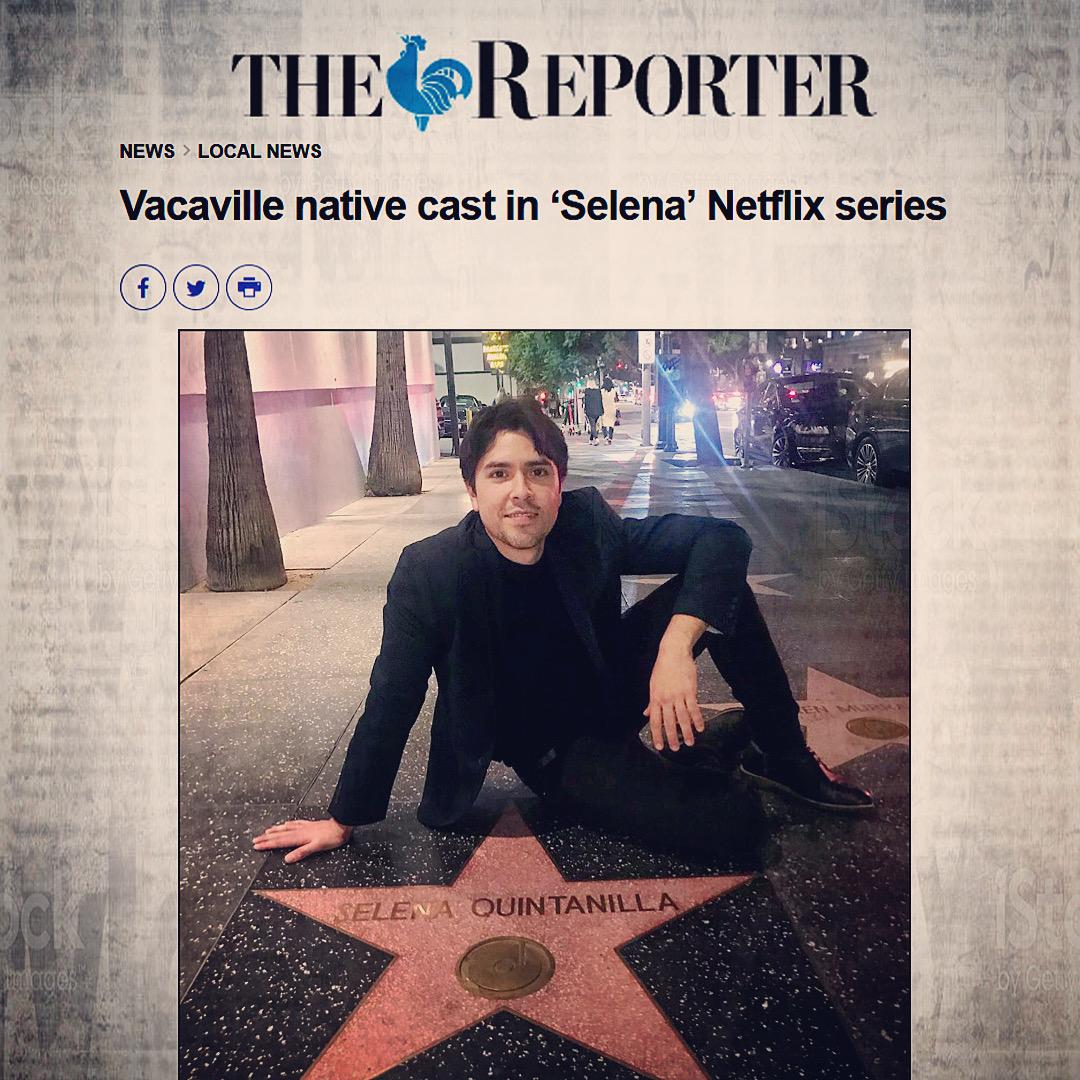 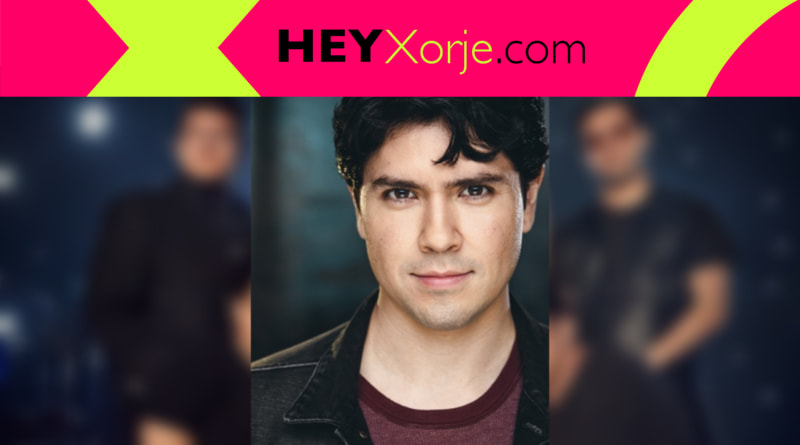